Our excursion boat is named Re Di Mare. We offer boat excursions from April to November and daily excursions in July and August. Our specialty are excursions to the national park Kornati, but we also organize excursions to the nature park Telašćica, the coral islands of Krapanj and Zlarin, and to Big game fishing events as well… It is possible for organized groups to be granted special prices. We are flexible and open to any agreement.

Description of the excursion to the Kornati National Park

The Kornati National Park is Croatia’s most famous nautical destination. Numerous stories and legends have been told about this natural phenomenon. The panoramic boat ride to Kornati takes two hours until the first stop. The first break takes place of the island Mana where the longest “crown” (vertical cliff) is located. Apart from its high and impressively long “crown”, the island of Mana is also known for the stone film scenes from the 1959 movie “As the Sea Rages” with Maria Schell in lead role. The mentioned scenes remind viewers of fortresses from the Roman period, but there is actually only one on the island – Tureta – and it is located on Tarac field. After leaving Mana we prepare and serve lunch on board. The second break is planned on the island of Levrnaka. At the widely known beach in Lojena bay, you will discover the crystal-clear sea and mysterious underwater world that will make you want to return to this paradise. 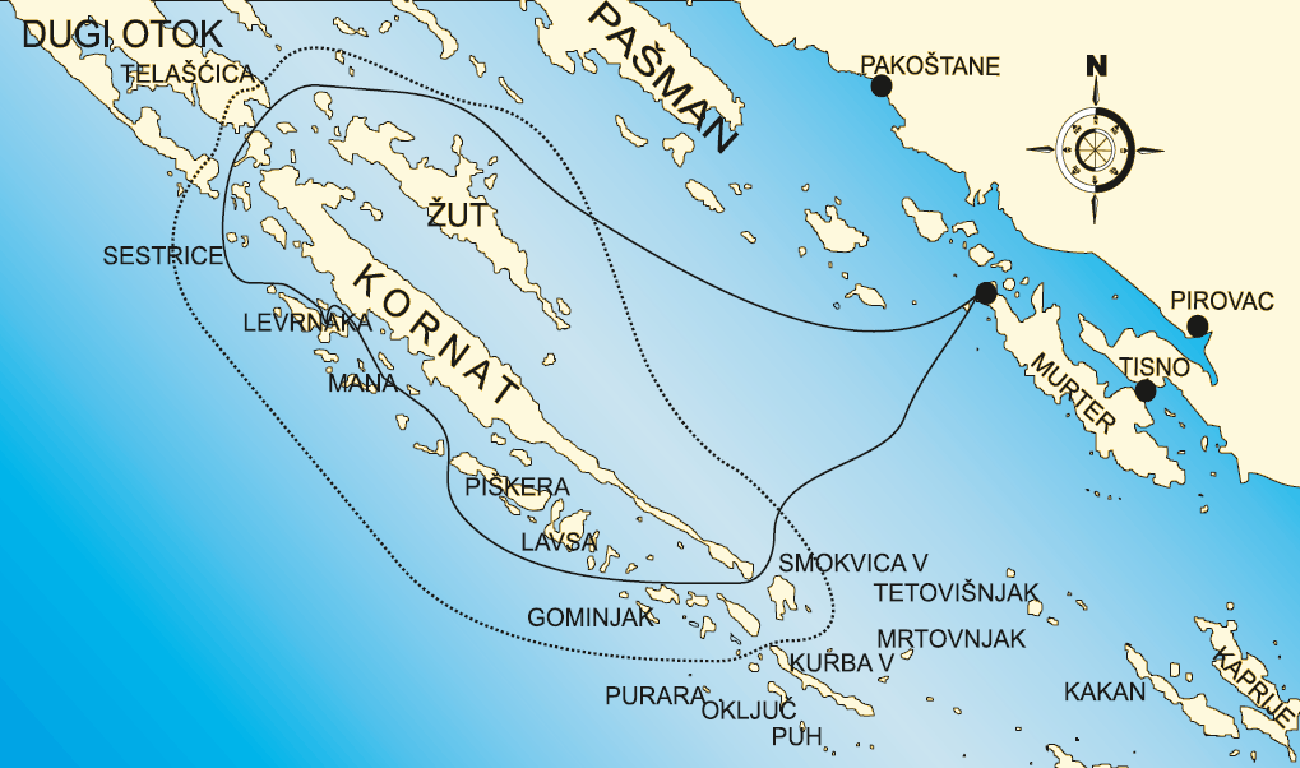